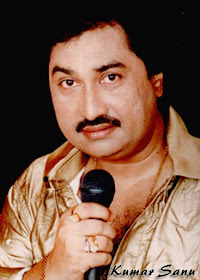 Our beloved Kumar Sanu (Sanu-da) is going to receive Padma Shri 2009 today on
26th January, 2009 the Republic Day of India from Smt. Pratibha Patil,
the Honourable President of India at New Delhi.

Some details on Padma Shri: -

Padma Shri (also spelt Padma Shree, Padmashree, Padma Sree and Padma
Sri) is an award given by the Government of India generally to Indian
citizens to recognize their distinguished contribution in various
spheres of activity including the Arts, Education, Industry,
Literature, Science, Sports, Social Service and public life. (The word
"Padma" (Sanskrit) means "Lotus".)
It stands fourth in the hierarchy of civilian awards after the Bharat
Ratna, the Padma Vibhushan and the Padma Bhushan. On its obverse, the
words "Padma" and "Shri", in Devanagari, appear above and below the
lotus flower. The geometrical pattern on either side is in burnished
bronze. All embossing is in white gold.
In 1960 Dr.M. G. Ramachandran refused to accept the award as the
wordings of the award is in Hindi.
As of February 2008, 2095 people have received the award.[1]
Source: http://en.wikipedia.org/wiki/Padmashree

It is CELEBRATION TIME FOR US KUMARSANULOVERS.